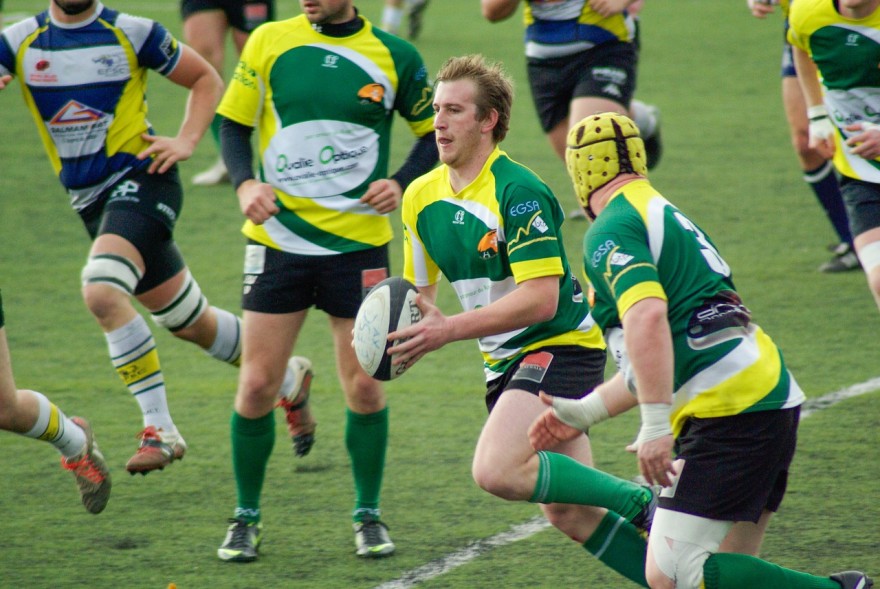 In our teams of high-profile professional athletes, we are now serially UTC-scanning Achilles and patellar tendons, both asymptomatic and with ongoing tendinopathies, as a means of monitoring player’s ability to train and play. We are convinced that UTC, being standardized and quantitative, can be used as a reliable measure to better manage and prevent tendon injuries. This reduces the potential of game time lost due to injury
UTC appears to be sensitive in the detection of small-scale changes occurring as a consequence of exercise or interventions. UTC imaging visualizes changes within the tendon matrix from 1-4 days after implementing change of loads or pharmacological interventions.

A case in point: a player underwent regular UTC scanning with no previously detected abnormality and a normal structural integrity in the Achilles and patellar tendons. Although, a recent scan revealed a substantial focal change (Fig. 1) in his Achilles tendon 2 days after a game, no clinical symptoms were reported, nor a traumatic event other than an altered gait cycle due to a contralateral limb injury.

The first UTC scan (Fig. 1) revealed a focal area of blue pixels (echo-type II), in the center of the tendon. This is indicative of swollen fascicles seen in remodeling tissue and typical of a reactive stage and likely to be reversible, with appropriate management. Otherwise, it may also be due to persistent and longstanding fibrosis but as this athlete was serially scanned with no visualization of the lesion previously, this is highly unlikely and implausible. Despite the absence of any clinical signs, a reduction in elastic load requirements was recommended. The player was non-compliant and continued with training.

One week later the athlete reported severe pain and stiffness, which under UTC (Figure 2) revealed a dramatic worsening of the scan. There was an increase of red pixels (echo-type III, generated by mainly fibrillar tissue) and black pixels (echo-type IV, generated by mainly amorphous tissue and fluid), indicative of extensive tendon disintegration. On further questioning it was revealed that 48 hours earlier he had been demonstrating drills for his teammates whilst running on sand.

In conclusion:
This case shows the sensitivity of UTC for the detection of exercise-induced matrix changes. As with every imaging modality, there isn’t always a relationship between UTC and clinical symptoms, such as pain, but this case demonstrates that UTC is a reliable tool for the early diagnosis of developing tendon pathology. This clearly shows the effectiveness of UTC in injury prevention and load management.

What can be learned from cases like this:
Compared with conventional ultrasonography, UTC imaging is unique in its capacity to compile successive transverse (2D) images by means of a precise tracking system. Compilation of these 2D images creates a 3D volume, visualizing the 3D ultrastructure. Through this method, UTC-processed images contain essential information about arrangement and integrity of the three- dimensionally arranged tendon matrix. This case demonstrates the sensitivity of UTC to visualize and highlight early matrix changes, within the collagenous ultrastructure but also at a cell driven level in the non-collagenous ground substance of the matrix.
After bouts of loads the percentages of echo-types may change. These changes can be seen as significant increases of echo-type II, III and/or IV, indicative for structural overstrain and/or disintegration which may take at least weeks or months to return to baseline (if possible at all).
More commonly seen is a significant increase of exclusively type II echoes, indicative of swollen fascicles. This is characterized by minimal change to the collagenous ultrastructure, rather a cellular response to loads with increased production of larger glycosaminoglycans (GAG’s). Accumulation of these hydrophilic GAG’s, by binding fluid within the collagenous framework, leads to a swollen and stiff tendon. Increased stiffness, especially when occurring focally (the blue spot, Fig. 1) may, in the short-term, put the tendon at risk of partial rupture or in the longer term of intermittent flare-up’s and non-compliant fibrotic tissue within the tendon.

These reactive stages, characterized by a significant increase of type II echoes, may be challenging to manage but when detected early they are usually reversible within days to weeks.