Facing the challenges of the pandemic 22 January 2021 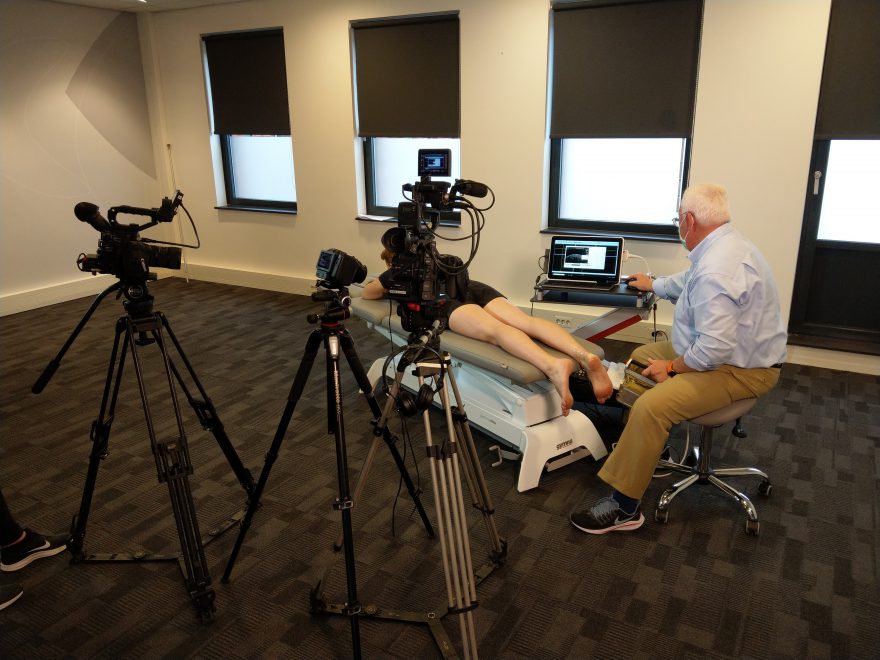 The pandemic left us, as so many others, in an awkward situation. Not only that we could not meet our users and new prospects at meetings and congresses, but it also blocked the initial training for new users.

Due to the travel restrictions, we could not invite new users to the Netherlands for the initial training, nor could we travel to them to train on-site. Hence, we could not ship orders since the equipment is almost useless without the training.

So, we had to find a solution. Since the initial training does not only transfer knowledge, but also skills, it was not just a simple translation of the existing material to on-line session.

First question was which conference/meeting software could best be used for this on-line initial UTC imaging training. Due to the global need for such on-line software programs, there was enough to choose from. In the end we decided to make use of Whereby, a program that allows quite easy sharing of desktops both ways.

And since the 3rd generation UTCSmart System has a PC build-in, sharing desktops would mean sharing the UTC System operation. A very handy feature when it is possible to show actions on the scanner itself and vice versa see a user perform the instructions real-time on his/her UTCSmart System.

We decided to start preparing an on-line training for human applications first. Reason was that we expected the production of the ‘skills’ material to be easier for human then for equine.

For the theoretical part of the training the existing presentations were extended and customized for on-line use. Setting for recording scanning of the elbow

For educating the ‘skills’, video recordings were made of all the handling involved. In the end this resulted in 27 video’s in total, 23 short video’s of 3 to 7 minutes and 4 longer video’s of 20 to 30 minutes.

Excited to start using this training material, the first unit shipped since the start of the pandemic was sent to the University of Turin. The enthusiast team that had waited so long for their UTCSmart System was eager to start as well.

As expected, the teaching of the theoretical information was going as planned. Teaching of the skills however was much more difficult then expected. With just the video’s the learning curve was not steep enough. After analyzing why the material was not effective enough and how it could be improved, animations were developed to support the video’s.

Sample of an animation for scanning the Achilles tendon

In the next training of new users at the Cwm Taf Morgannwg University in Wales we will experience whether it now works to expectation.

We have sufficient confidence though that it will and so we will start the production of the equine version of the training.

Of course, on-line training can never replace hands-on training, but in the present situation we are now at least able to get new users started and keep on increasing the ever-growing UTC imaging user community.